Heritage is about the things from the past which
are valued enough today to save for tomorrow.
Back to iSTE(A)M

THE CITY of LIGHT – iSTE(A)M TECHNOLOGIES

Access the STEM entry points, located in the side menu, to Light Up the City and create an illuminated model of a Perth building or a Perth precinct streetscape. 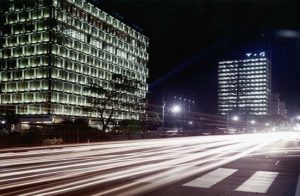 John Glenn became the first American to orbit the Earth in the Friendship 7 spacecraft. Glenn flew over Perth and the people of Perth turned on their lights to acknowledge his mission. Glenn observed that the city was clearly visible from space and Perth became known worldwide as the ‘City of Light’.

John Glenn takes his second trip into space, and Steve Lindsey takes it all in as Glenn flies over the city of Perth for a second time, looking below for a something done just for him in Australia to mark his second space flight.